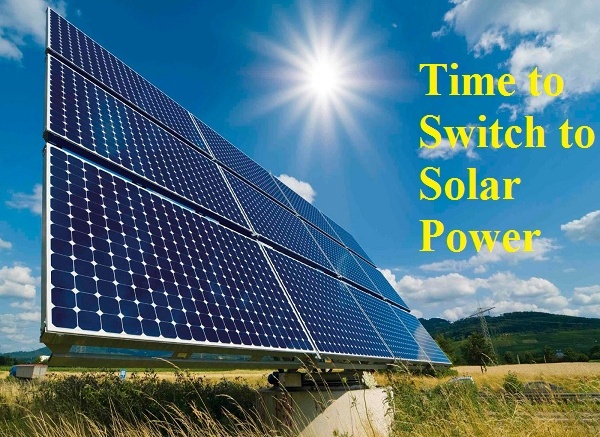 What is Solar Power?

Solar Power or Solar Energy is produced by collecting sunlight and converting energy from sunlight into electricity, it simply means energy provided by the sun. This energy can be in the form of any solar radiation. Solar energy is a major renewable energy source with the potential to meet many of the challenges facing the world and can be used without depleting or destroying our natural resources as sunlight is available in abundance.

Solar Power plants use one of the below two technologies to generate electricity.

Photovoltaic systems use solar panels, either place on rooftops or mounted in solar farms to convert sunlight directly into electric power. This system uses solar cell devices that convert light into electric current using the photovoltaic effect. A combination of these cells produces direct current power that fluctuates with sunlight’s intensity. This fluctuating power is further converted to alternating current through the use of inverters. A survey says that a PV system uses no fuel, and typically last for 25 to 40 years.

Solar Thermal Power systems are also known as the Concentrated solar power that uses thermal energy to make steam and further convert into electricity via a turbine. This power uses lenses or mirrors and tracking system to concentrate sunlight and then uses the generated heat to produce electricity from conventional steam-driven turbines.

How do Solar Panels work?

We all have read and experimented a trick during our school days, that is focusing sun rays through a magnifying glass into paper that ignites the paper. This process is nothing but converted into a technology that produces electricity. Solar Power is increasing in popularity because it is versatile with many benefits to people and the environment. Wherever there is an electricity need, you require Solar Power to reduce your electricity bills. On very hot sunny days, air conditioners, coolers and fans work all the time, here solar power is to your rescue where the sun generates the electricity to be consumed. Solar Power produces no carbon emissions, no radiations, no UV rays, and hence is it greenhouse friendly.

India is among few countries that have the highest solar electricity production. Below is the list of top 10 Solar States in India. 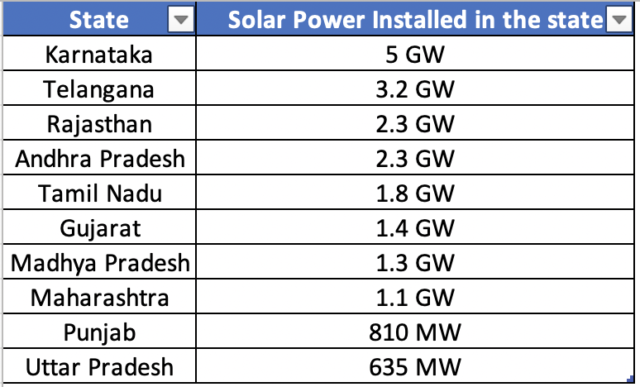 The government of India is promoting renewable energy through many schemes and one such scheme is choosing Solar Power which makes the renewable sector a lucrative business in the near future. 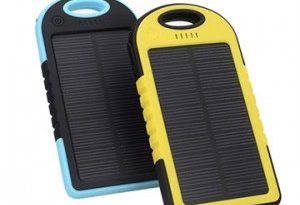 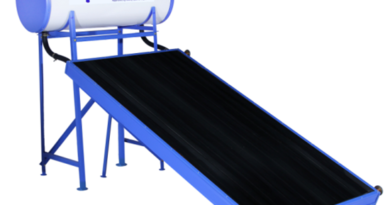 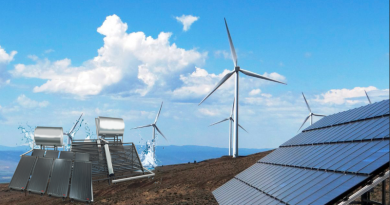